For a complimentary consultation on your commercial real estate or property management needs, please contact Ryan Lolkus by e-mail at . 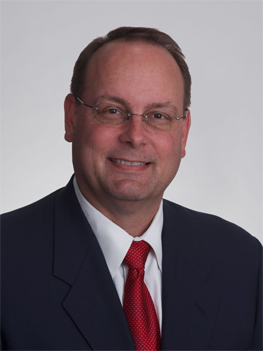 Ryan Lolkus acquired The Krauss Organization, Inc. in 2013, after working at the company since 2002. Ryan specializes in investment, office, industrial and build-to-suit projects where he consistently provides detailed responsive real estate services to his clients. He is known for providing strategic real estate consulting services to assist his clients in their various transactional needs. His goal is to empower his clients to make better real estate decisions, enhance asset value, decrease occupancy costs, maximize profits and increase overall shareholder value.

Ryan is a graduate of Mankato State University, where he received a BS in Business Administration, with concentrations in Marketing, Real Estate, Insurance, and Computer Science. He has been a resident of Tampa since 1991 from which he managed territory and national sales for two multinational companies in the Retail and Food Service businesses.

Ryan is active in a number of professional and civic organizations. 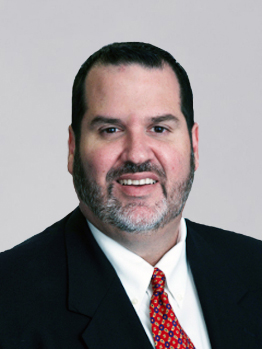 Frank G. Cisneros, Jr. joined The Krauss Organization, Inc. in 2013 after twenty years in commercial real estate as a developer and private investor.

Frank is a life-long Tampa resident and specializes in office, industrial and retail brokerage transactions and works diligently to provide his clients with a hands-on approach to service and an emphasis on market research. He has worked in the development and management of several successful real estate projects that include retail, office, and industrial properties and brings that experience to all of his dealings with clients.

Frank is a graduate of Loyola University – New Orleans where he received his Bachelor’s in Business Administration with a concentration in Finance. 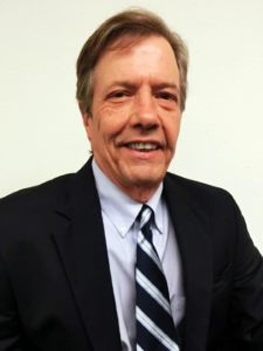 Joe Seidle has been a sales associate with The Krauss Organization for over 20 years and is experienced in most phases of commercial real estate sales and leasing. Recently Joe represented the seller on the sale of the newly constructed, five-story, Class “A” corporate headquarters office building near Tampa International Airport seen below.

He is a thirty-one year resident of the Tampa Bay area and a 1981 graduate of the University of South Florida. After several years working within the Hillsborough County government, he joined The Krauss Organization in 1984 and quickly established himself as one of the firm’s top producers. In 1986, he completed the largest transaction in the company’s history and has since earned eleven Top Producer of the Year Awards at Krauss. Joe was a past recipient of the Eagle Award as the Top Associate in the Southeast United States by New America International. His areas of experience include industrial and office building sales and leasing, investment property sales and vacant land sales. 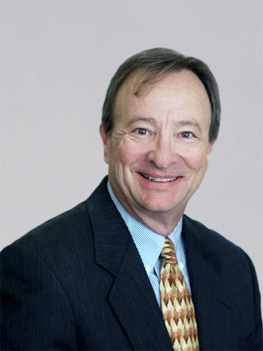 Dave Sarich started his commercial real estate career with the Krauss Organization in 2003. With vast sales training and experience, he is able to assist local and remote clients in both the acquisition and the disposition of commercial properties. Dave has represented owners of properties across Central Florida and the Tampa Bay Area with industrial properties, retail centers, office properties, and individual landowners. Dave also represents a number of landlords in the Tampa Bay Area market and has been successful in securing long-term leases adding value to their commercial properties.

Dave’s background includes 20 years in the transportation industry where he was a District Sales Manager with Roadway Package System and Fed Ex Services. Originally from the Chicago area, Dave has resided in the Tampa area since his days as a University of South Florida Bull, graduating with a degree in Business Administration and Marketing. Dave is married with two children. 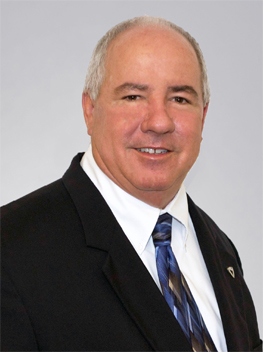 Richard Andretta is a Senior Associate at The Krauss Organization, Inc., specializing in the Hillsborough County and Pinellas County markets. With more than 31 years of experience in real estate, Mr. Andretta has focused on landlord representation, tenant representation and building sales in the Tampa Bay area.

His work consists of assisting the owners of office properties in leasing and sale, including competitive positioning and pricing to maximize rates, as well as implementing marketing plans to maximize occupancy. In addition, he puts to use his in-depth understanding of the marketplace as a long-time resident of the Tampa Bay area. Throughout his career, Mr. Andretta has brokered or participated in transactions with a combined value in excess of over $700 million.

Mr. Andretta holds a B.S. in business administration, with an emphasis in banking and finance, from the University of Florida. 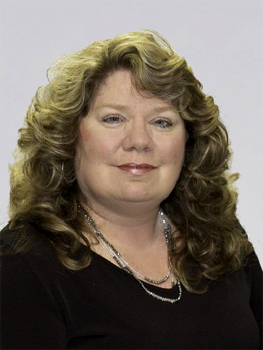 Leanne Hamilton-Smith brings to The Krauss Organization her experience in the overseeing, managing and leasing of over approximately 15,000,000 square feet of commercial real estate comprised of professional office buildings, office/warehouse centers, distribution centers, and a shopping center. In the last twenty years with Krauss, she has leased, managed and sold over 8,000,000 square feet.

Leanne is a graduate of Hillsborough Community College and the University of South Florida where she majored in law.

Leanne is experienced in the development, construction, structuring, management, and lease-up of several office facilities within the Tampa Bay area. She also has a proven track record with distressed office buildings.

Leanne has been a top performer at The Krauss Organization and has always embodied the values set forth by the company. She has received the Florida Gulfcoast Association Of Realtors’ Office Deal Of The Year. Leanne was a Florida Real Estate Journal’s Top Women in Florida Commercial Real Estate nominee for 2003. Through her involvement and associations with NAIOP, BOMA, the Tampa and Safety Harbor Chambers and the Florida Gulfcoast Commercial Association of Realtors she has networked and developed many professional relationships throughout the Bay Area and with national corporations. 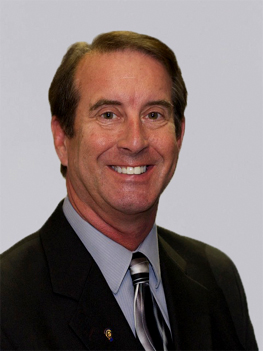 Lawrence (Larry) Brown was born in New Jersey and raised in Rhode Island. He earned a BA in Political Science from the University of Rhode Island and was commissioned as a 2nd Lieutenant of Air Defense Artillery in the United States Army. He earned a Masters in Public Administration from West Virginia University.

Larry served over 20 years as a US Army Officer, retiring as a Lieutenant Colonel. He earned a Bronze Star as a member of the U.S. Central Command during Operation Desert Storm. Shortly after retiring in 1995, he joined The Krauss Organization. With the belief that real estate, like military service, is based on Trust, Confidence and Commitment to those you serve; Larry chose to work as part of a team with fellow retired Army Officer, Bob Donnelly.

As Director of General Commercial Real Estate Services, Larry is involved in all facets of the commercial real estate industry with a concentration on investment properties, and leasing of office and industrial real estate.

Larry and his wife Jan, a flight simulation computer engineer with CAE USA, are avid golfers. They have three sons: Matthew, who works at Shands Medical Center in Gainesville, Florida; Geoffrey, who works at Capital One in Richmond, Virginia; and Nathan, a graduate of the United States Military Academy at West Point and currently serving as an Army Officer in Iraq. 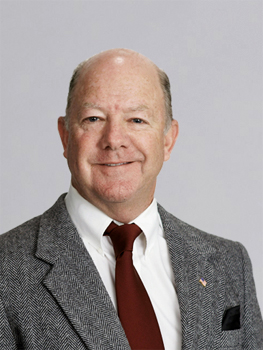 In September 1995, he retired from the military, as a Lieutenant Colonel, and entered the field of commercial real estate with The Krauss Organization in Tampa, Florida. With the belief that real estate, like military service, is based on Trust, Confidence and Commitment to those you serve; Bob chose to work as part of a team with fellow retired Army Officer, Larry Brown.

As Director of General Commercial Real Estate Services, Bob is involved in all facets of the commercial real estate industry with a concentration on investment properties, and leasing of office and industrial buildings real estate. Bob and his wife Laraine have two sons, both of whom are active-duty Army Officers. 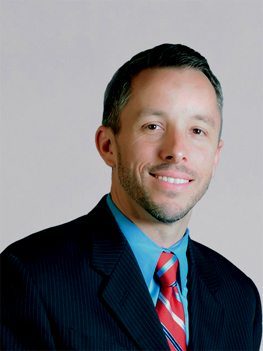 Doug has 20 years of successful experience rooted in sales and business development. Prior to joining the Krauss Organization, he spent the last 5 years providing service to investment groups in the commercial mortgage-backed securities (CMBS) arena. Focused on relationships over transactions, as well as candor and accountability, Doug successfully restructured and purchased securitized debt on behalf of hundreds of borrower groups. As a result, he’s developed and maintained strong connections within debt servicing entities, insurance & capital funding sources, as well as investment groups across the country.

Following the market’s turn toward investment, he expanded to the brokerage side of the industry as it shifted from recovery to growth. He’s honored to have the opportunity to continue sharpening his skills with the Krauss Organization and to create meaningful results for all involved during this exciting time in the industry. 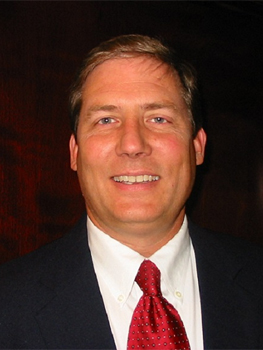 Pete Owen recently joined The Krauss Organization with a wide range of experience. He graduated from the University of Houston in 1980 with a degree in Business Technology. Upon graduation, Pete was commissioned as an officer in the United States Army where he spent the next twenty years before retiring as a Lieutenant Colonel from U.S. Central Command in Tampa.

After retiring, Pete spent 5 years managing Humanitarian De-mining programs in the Middle East and Africa for a small U.S. firm. During these five years, Pete became an investor in commercial real estate. After deciding to transition out of the international arena and into real estate full time, Pete earned his real estate license, began working as Vice President of Operations for a local construction company specializing in commercial and custom home construction, and joined The Krauss Organization.

Pete’s experience with real estate is significant, as most of the projects he managed dealt with buying, selling, leasing, and constructing some form of real estate. Pete has an in-depth knowledge of developing property and commercial construction. He is focusing on raw land, retail centers, and industrial properties. 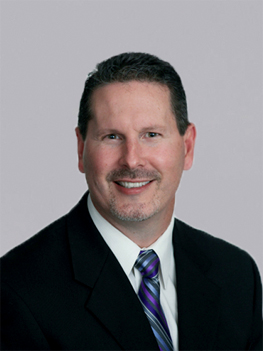 David is a commercial real estate specialist providing his expertise to office, industrial, and retail — tenants and landlords. With a degree in business management and a background in office and medical staffing and operations, David brings a keen understanding of the requirements to operate a successful business to every transaction. He shares his business experience and real estate knowledge with his clients, helping them make informed decisions and location choices that will facilitate their business goals. 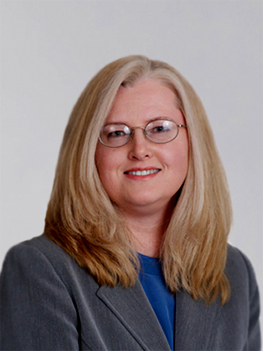 Helen Karpierz joined The Krauss Organization Property Management team in 1997. In addition to property management accounting, Helen assists with the day to day administrative support for the Krauss Team.

Erin Free joined the Krauss Organization, Inc. in 2022, in the role of Marketing Administration and Broker support. Erin graduated from The University of Tampa in 2005 with her Bachelor of Arts degree in Government and World Affairs.